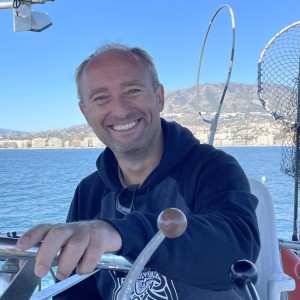 How are you fuelling?

Quality fuel improves engine performance, which is the heart and soul of many businesses, so let´s talk fuel!

Fuel is like the blood being pumped through our body where it is transformed to the mechanical energy that moves our vehicle. And if we stick for a moment with the analogy of the human body, then you can ask yourself the following question: “Is all fuel providing the same amount of energy, or just like with food, can one litre of fuel be more nutrient than another? Or even worse, can bad quality fuel clog up your engine, just like high cholesterol can create fatty deposits in your blood vessels, making it difficult for enough blood to flow through your arteries?”

Fuel issues can be quite complex so this article will summarise the key issues; Fuel standards, Emission standards, Fuel quality, How your vehicle (and wallet!) is impacted, and finally, What you can do to protect your vehicle and your business.

Fuel Standards
The expected standard is probably a good place to start. Depending on the country where you refill your tank, different fuel quality standards may apply. In Europe for example, the quality of diesel fuels is specified by the EN 590 standard, which was introduced along with the European emission standards. Each of the EN 590 revisions had been adapted to lower the sulphur content of diesel fuel, which since 2007 is called ultra-low sulphur diesel.

Properties like particle levels are described by ISO (International Organisation for Standardisation) standards, which are used by Engine and Original Equipment Manufacturers (OEMs) to designate acceptable particle levels in the fuel system and avoid premature injector failure for example. This is critical for modern diesel engines with High Pressure Common Rail (HPCR) systems for example that have tighter tolerances between moving parts.

Due to high standards of fuel, many vehicle owners in Europe and other economically developed regions are be less exposed to the risks of abrupt blockages of filters, fuel lines, engines and fuel systems. This may create a false assumption however that ‘their’ fuel over time does not affect the efficiency of the combustion process (creating higher fuel consumption!), the engine life, and the growing bills for replacing components as the vehicle ages…

Emission Standards
In the European Union, emissions of nitrogen oxides (NOx), total hydrocarbon (THC), non-methane hydrocarbons (NMHC), carbon monoxide (CO) and particulate matter (PM) are regulated for most vehicle types, including cars, trucks (lorries), locomotives, tractors and similar machinery. For each vehicle type, different standards apply that are described in a series of directives, each amendments to the 1970 Directive 70/220/EEC. Non-compliant vehicles cannot be sold in the EU, but new standards do not apply to vehicles already on the roads.
To ensure compliance with emission standards, OEMs may use different engine types in similar product families being sold into different territories. Besides emission compliance, the combination of fuel and engine type also impacts the performance of equipment. Some used-equipment traders or companies with international operations may have found out that their equipment did not work the same (or stopped working at all!) when they moved equipment around different countries. This can result in costly downtime and repairs.

Diminished Fuel Quality
Wait a minute! We just talked about fuel standards – how is that different from fuel quality? Unfortunately, between your supplier´s mass storage, the fuel delivery, your bulk storage and the fuel tank in your vehicle, there is a lot of opportunity for your fuel to degrade and get contaminated.

If you´re lucky, then you have a reputable fuel supplier that follows good standards of quality, content, storage and transport. This will however still not be a guarantee for the fuel in your engine to be of the standard which you ordered from your fuel supplier. As soon as fuel gets into contact with air, a chemical process will change its nature. Within a few months this sets off chain reactions that result in undesirable molecules and solid breakdown products.

If water mixes with the fuel, for example through absorption of moist in the atmosphere, condensation, or leaks, then microbes come into play. A variety of bacteria, fungi and yeasts will feed on the fuel, leaving nasty acidic by-products, along with the slime created by their own biomass. Throughout Europe, biodiesel (biologically produced diesel) is now blended with the fuel to improve lubrication. Unfortunately biodiesel breaks down more quickly, absorbs more water and is more hospitable to microbes.

If you´re unlucky then rust from transport, piping and storage facilities, or even sand from dusty environments, can make things even worse… The below video by IPU Group is a wonderful illustration of how diesel contamination will appear.

When vehicles are not used for a while, for example due to lower demand on the business or simply because you do not have the opportunity to use your pleasure craft as often as you would like, then the risk of your fuel turning bad increases significantly.

Symptoms
Fuel contamination can be felt in many ways, particularly in the mechanical functioning of your engine or equipment. Some of these symptoms often go unnoticed, or ignored, while other symptoms can be severe and impossible to ignore.

Not only can these failures be extremely costly to repair, but these catastrophic failures can be dangerous, especially when they occur on the road or at high speeds. Careful observation of your engine performance may help to identify problems at an early stage, so you can address the issue before unnecessary costs for excessive fuel consumption, repairs, and damage to the environment.

Quality fuel improves engine performance. Even with normal quality fuel fuel injector deposits are formed over time which negatively impacts fuel economy through changed spray characteristics, gaseous emissions and particulate matter in a gasoline direct injection engine. The below video by Lubrizol contains a nice illustration of injector deposits in a diesel engine.

Exhaust Emissions of a Tug Boat

How to remediate, prevent and protect your equipment
Quality fuel improves engine performance. Fuel quality is a complex issue however, but luckily there are many specialists in the market that can help. Without going into too many details, the following recommendations can point you in the right direction:
• Buy quality fuel from a reputable supplier with a lot of traffic
• Store it in suitable, well-maintained tanks
• Store fuel at a low temperature, avoid contamination, and make sure the fuel is is used and renewed regularly
• Install a BlackEagle Fuel Enhancer in your vehicle. This unique device cleans and enhances the fuel through a chemical process.
• Some people recommend fuel stabilisers, biocides and other treatments to extend life of the fuel if stored for a long time.
• Regular, routine testing of stored fuel for water and microbial contamination.
• Use a filter whenever moving fuel from one storage vessel to another
• If fuel is heavily contaminated by microbes, a large dose of biocide or thorough cleaning of your storage tank may be required.

This article is for informational purposes only. We are not liable for any damages resulting from your reliance on this content.

You can find out more about which cookies we are using or switch them off in settings.

This website uses cookies so that we can provide you with the best user experience possible. Cookie information is stored in your browser and performs functions such as recognising you when you return to our website and helping our team to understand which sections of the website you find most interesting and useful.

Strictly Necessary Cookie should be enabled at all times so that we can save your preferences for cookie settings.

If you disable this cookie, we will not be able to save your preferences. This means that every time you visit this website you will need to enable or disable cookies again.